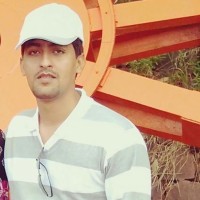 This Spoken English Speaking course is for those people who are English speaking beginners who need help to Know the basics Knowledge of speaking English. We will use very simple expressions, phrases and Sentences to help you to increase your English Specking Skills.In Basic Knowledge 1st section contains the first 20 topics. Practice them 1 by 1 until you are well known with each sentence.

Elaborate an action you are doing.

Most common, we use the word ‘in’ when we are enter a physical location like a room or a building.

word ‘at’ when we are use its means tell someone where you at the present time are. The diff. between ‘at’ and ‘in’ is the physical location is general.

“I’m at the education office.”

in some cases you can use ‘at’ and ‘in’ that can be exchanged.

Sometime when entering physical location like as a room or a building we use the word ‘in’.

Examples are given below:

Using the word ‘on’ is belong to a non physical location like your time used by something others.

‘I’m’ is a contraction of words ‘I am.’ By adding a verb to ‘I’m’  you express an action about yourself.

Here are some examples:

when we use word ‘I have’ you are inform someone of something you have acquired.

You might Listen the words ‘cannot’ and ‘won’t’ used with ‘I have. add this you can express what you will not put up.

I have + (past participle)

another time, ‘I have’ shows possession . By add a past participle you are inform someone of a past.

‘Used to’ describe something that was done in the past tense.

‘have to’ describe something that needs to take place certainty. ‘have to’ expresses soon,certainty.

I wanna means something you want to do. Grammatically the word ‘wanna’ is incorrect . It is equal to ‘want to.’ Its become meaningful when we add with I.

By add the word ‘don’t’ its meaning change of what you are saying to someone ‘want’ to do to something.

Grammatically ‘I gotta’ is  wrong. It is more of a spoken form. In proper grammar, we can say ‘I’ve got to’ or ‘I have got to’.when we are in spoken form we use gotta short form of ‘Go To’.

Some examples are given:

When we add the word ‘have’ its meaning of expression change into work done in near future.

Its used when what you become interested in doing something. It can be a physical action, mental action or verbal action.

‘Plan to’  something we like to do in the near future.

expressing to someone something you would enjoying.